National Night Out Against Crime

SERVPRO of Morris/Ottawa was proud to be a part of many of our towns National Night Out Against Crime events this month. We were able to attend some of them and set up a duck game for the kids to play and win a prize. Some of the other events we were able to donate items such as water, chips, and gift baskets for the Police Departments to raffle off at the event.

SERVPRO of Morris/Ottawa Marketing Representatives were honored to be able to meet many people from the communities, the officers and staff that put on theses amazing events as well as see the smiles on the children’s faces as they won prices from our table.

The Marketing Representatives of SERVPRO of Morris/Ottawa look forward to attending and contributing to more events in the future as well as attending the National Night Out Against Crime events in the upcoming years. 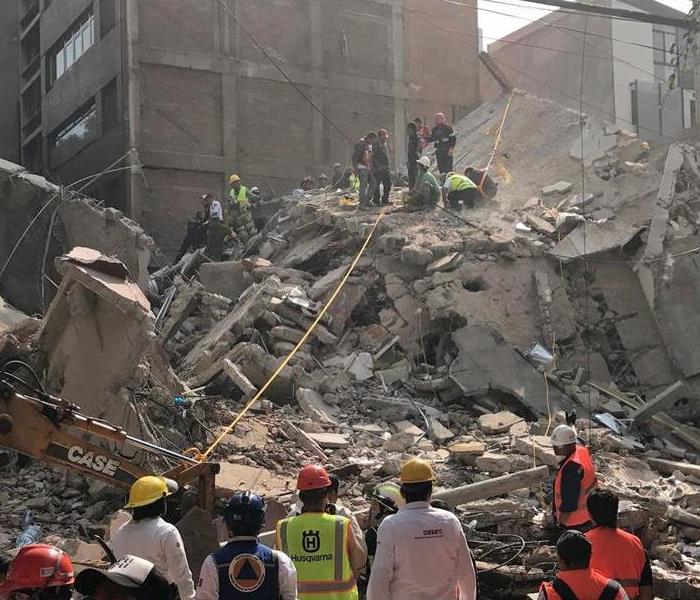 Last Tuesday’s earthquake in Mexico, which killed over 230 people, was so deadly because of it’s location, rather than the size or voracity of the quake itself. Just a couple of weeks earlier, another, significantly larger quake, struck much farther south in Mexico. Even though the quake was larger in magnitude, the death toll was much smaller at 96.

Mexico City is one of the most densely populated areas in the world, and it sits atop three clashing tectonic plates, which means lots of seismic activity. But even this isn’t the biggest problem for the region.

The biggest problem is that the city is built on soft soil that was once the bottom of a deep lake. Seismic waves from an earthquake slow down and spread out when they travel through this type of soil. This magnifies the destructive effects of the earthquake. Seismologists and geophysicists often describe the city as being built on pudding or jello; the whole city just shakes around like a bowl of jello.

The problem isn’t unique to Mexico City either. Los Angeles, Seattle and the San Francisco Bay area also have soft soils that can amplify seismic waves, according to the U.S. Geological Survey.

How much risk is acceptable to you? Would you be comfortable living in one of these areas despite what we’ve seen in Mexico City? 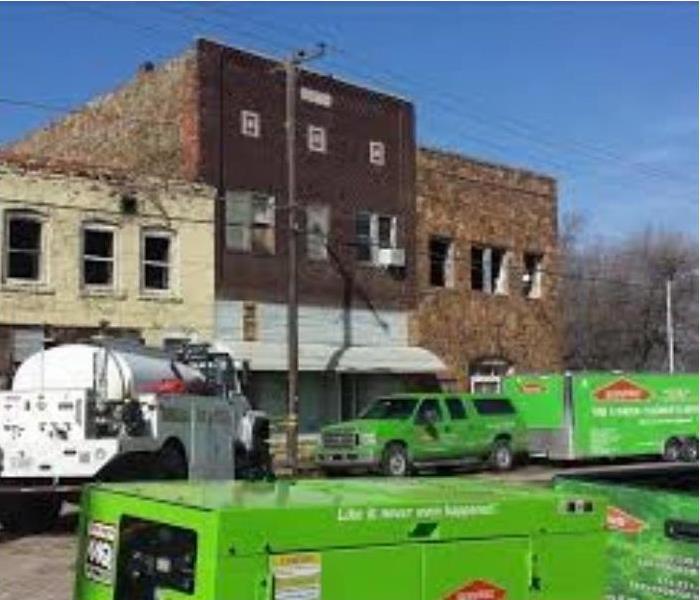 SERVPRO of Morris/Ottawa can keep your building safe after a disaster.

Building Safety Month—in its 37th year—is an initiative of the International Code Council (ICC) and their 57,000 members aross the world, as well as their partners in building construction and design, and the safety community. Building Safety Month is an opportunity SERVPRO of Morris/Ottawa to educate on “what it takes to create safe, resilient, affordable, and energyefficient homes and buildings,” according to the ICC website. The theme for 2017 is Code Officials— Partners in Community Safety and Economic Growthand highlights managing disasters, specifically natural disasters, in week three of this year’s campaign.Some of the topics and tips shared throughout the month include Disaster Safety and Mitigation, as well as Fire Safety and Awareness.The general public may not be aware how codes and code officials “improve and protect the places where we live, learn, work, worship, and play,” and this month can certainly improve that awareness! 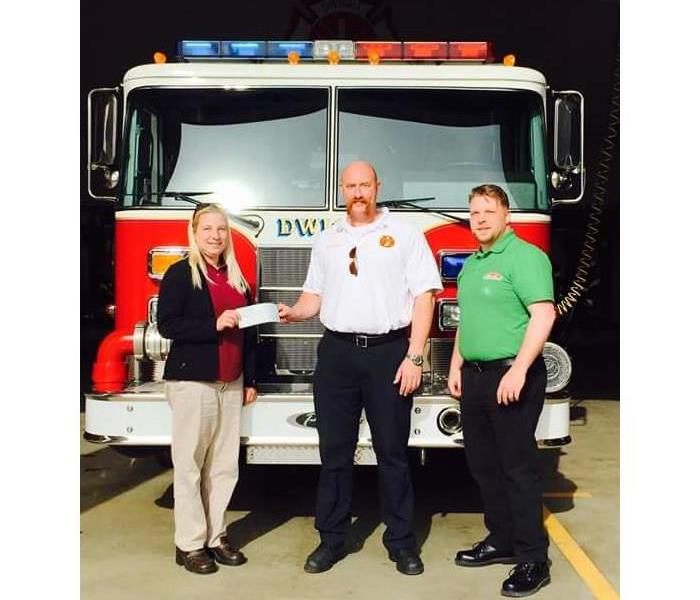 SERVPRO of Morris/Ottawa Presents Dwight, IL Fire Protection District With a Check for $500.00

The Dwight, IL fire protection district was presented with a $500 donation from SERVPRO of Morris/Ottawa. The money was used to purchase materials to build training props. The newly constructed training props allow Dwight, IL fire fighters to build and maintain their proficiency in the area of fire ventilation. Ventilation is the practice of releasing toxic smoke and hot gases out of a burning building. This is accomplished by cutting holes in the top of flat and peaked roofs and homes of businesses.   SERVPRO of Morris/Ottawa is proud to sponsor the brave men and women of the Dwight fire protection district, who selflessly serve our community, at great personal risk, day in and day out. As a leader in the fire damage restoration industry, we at SERVPRO have a special appreciation of the dedication and hard work these men and women have dedicated themselves to.